In the 1980s, nearly every mall had an arcade. You could find it tucked in a corner, often near the food court, lights flashing; bells ringing; the sound of gunshots, helicopters, whistles and beeps; and always funky carpeting.

Similarly, every roller or ice skating, pizza parlor, ice cream shop, or anywhere kids and teens frequented offered up coin-operated video games like Pac-Man, Donkey Kong, Centipede, and Galaga. It was not casual gaming. It was serious business. It kept that audience dropping coins and spending money.

By the mid-80s, the Atari 2600, arguably the first casual gaming platform, brought the arcade into homes. By 2000, cell phones changed the market yet again, putting games in our hands and ushering in the casual gamer, at least by some definitions.

What Is Casual Gaming?

Casual gaming, like many terms in the English language, has multiple definitions, depending on who you ask. In part, it depends on how someone determines casual while for others, what matters is the game. That said, there are multiple ways that casual gamers differentiate themselves from the gamers we see in documentaries, who participate in e-sports, or whose gaming habits make the news.

One of the very first ways to determine a gamer’s level of commitment to the pursuit of gaming itself is how competitive the individual is, especially with others. A vast majority of casual games, across platforms, ask the player to compete with either machine or themselves. While there are leaderboards, and occasionally one finds a casual game (like Words With Friends) that engages others at a competitive level, it’s just not the focus.

Typically, the focus of a casual game is to have fun or simply “waste” some time. In more serious games, where fun is also paramount, what makes them not so casual is the level of competition, especially in games like Fortnite and Call of Duty. In those games, the competition is fierce and, therefore, the game requires a lot of investment.

The level of competition certainly helps determine the amount of time one must invest. A casual gamer simply isn’t looking to invest significant amounts of time in casual gaming. No doubt we’ve all read a news story about a gamer whose playtime in a game or virtual world has a significant impact on their well-being. This is not your casual gamer.

A casual gamer wants to be able to pick up and put down a game without investing hours in character building, lore learning, or tricky controls/gameplay. It’s what makes mobile games so popular and such an easy casual gaming platform. Starting with Snake in the 1990s, phones really opened doors for the casual gamer.

However, even before that Solitaire came into homes with the Microsoft OS. This is, perhaps, what ushered in cross-generational casual gaming. Not only did it rely on a player’s familiarity with an age-old time filler, so there’s no learning curve to the game itself, but the controls were simple. Further, there was no time investment. A single game of solitaire could be over in minutes.

Today, we still see this time of time investment from casual gaming. It’s what makes mobile phones one of the best casual gaming platforms (next to home PCs). Think of how many times you’ve stood in line, or waited in a car, or for an appointment, and absentmindedly, played a game on your phone? We do it because it’s casual. It passes the time and we can put it down as soon as we need to. There is no major time investment.

Another way we can identify a casual gamer is how they identify. Oddly, the term “gamer” has very different meanings to both serious gamers and casual gamers. Both see it as a “dirty word” when used in reference to the other, but not themselves. In other words, serious gamers see a casual gamer as someone not invested in a game or virtual world, and they consider that a flaw.

On the other hand, casual gamers likely scoff when someone asks “Oh, are you a gamer?” Most certainly not. This, in part, has to do with time investment. Again, casual gamers and casual gaming are such because they don’t require that you invest time and identity in a particular game. Casual games don’t position themselves to be part of your identity or life.

For example, in World of Warcraft, serious gamers invest serious time in a virtual world, often building communities and long-lasting relationships that extend outside of the virtual world. Often, these gamers identify themselves by the games they play or even their player characters or avatars.

Role-playing games (RPGs), in particular, have this type of set up as a player can get very invested in an alternate world where they are free to explore different identities. We don’t often hear about this happening with Candy Crush. In fact, discussions about casual games are short-lived, much like the gameplay itself.

There’s no doubt that gaming costs a lot of money, or at least it can. One of the final ways we can differentiate casual gamers from others is how much they’re willing to invest in gaming platforms, hardware, and software/applications.

For your casual gamer, spending a lot of anything on a game isn’t appealing and that includes money. That’s not to say that the mobile gaming industry isn’t making a lot of money for developers, it is and is the fastest-growing gaming sector, but by all estimates, platform and pc games out-earn mobile games by 2-3 times.

Casual mobile games are typically under $5, if not free, and offer in-app purchases or advertising as the mechanism for making money. In contrast, most PC or platform games, especially a new release, can range from $50-$80 and also offer add-ons, expansion packs, and advertising to generate additional revenue. One anomaly is Fortnite which offered a free app on consoles (rolling out to mobile later), but its in-app purchases netted it over $1 billion in revenue on most days after its release.

There’s no doubt that just the games themselves can be a costly investment for a serious gamer, but your casual gamer wants what’s accessible, what’s easy, and most likely what’s already in their hand.

Because the games they’re playing are simpler (though some mobile apps have outstanding graphics and gameplay), uncomplicated, made fairly quickly, and don’t require massive development budgets, they also don’t require complex hardware. Your casual gamer doesn’t have to worry about the latest console or the best buildout on a PC. For PC gamers, a quality computer that offers outstanding performance requires investing wisely. These computers boast hardware you’d not find in your average home computer.

A casual gamer often doesn’t select his or her phone, or even desktop, based on its storage space, cooling capacity, memory, or graphics card. Your serious gamer is researching (investment of time even before playing!) all of these items and more.

Much like consoles and PCs, as phones grow more sophisticated, so will the mobile gaming industry. Many features will likely become more complex, but those will adapt and grow with the phone. In this case, the hardware’s capabilities drive the game. In serious gaming, the games and gaming engines often drive and push for hardware upgrades. In short, your casual gaming enthusiast isn’t interested in spending a lot on casual fun.

How Will You Game?

The biggest growths in the gaming industry will, undoubtedly, come in the mobile industry, and, as it does, the lines between the casual gamer and serious gamer will begin to blur.

Even in the industry, mobile gaming innovations and developments drive PC game development.

For example, the popularity of augmented reality in some mobile games, like Pokémon GO, has driven the market for virtual reality headsets for both PC and consoles. In a similar fashion, casual gaming may drive some individuals to investigate the world of PC or console gaming. They may seek out richer stories and graphics, more intricate gameplay, and begin to see gaming as not just a way to pass time, but instead as a way to enrich it.

No doubt the two will continue to influence one another and force the industries to grow and change. The biggest variable will remain the gamer and how the industry and each platform caters to and courts serious and casual gamers. Moving forward, how will you game? 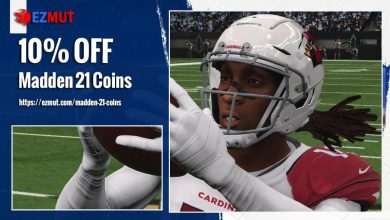